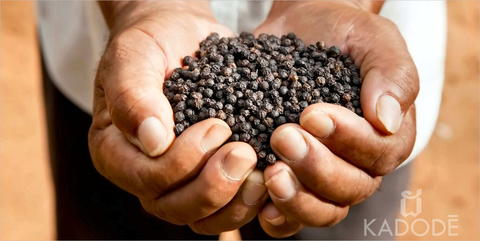 At the beginning of the 20th century Cambodia was exporting around 8000 tons of Kampot pepper. In the 1960 there were still 1 million pepper poles in Kampot, producing around 1000 tons. After the fall of the Khmer Rouge regime, only 4 tons were harvested by the end of the 90's.

Farmers in Kampot have multiple generations of experience in pepper cultivation and produce the highest quality pepper employing a combination of traditional and modern methods.

The birth of Kampot pepper

The Chinese explorer Tcheou Ta Kouan recorded Cambodian pepper cultivation as early as the 13th century. In Kampot, the modern era of intensive pepper production can be traced back to the 1870s. The Sultan of Aceh, who did not want to leave his wealth for his Dutch enemies, burned his pepper plantations down in 1873. Part of the production then moved to Cambodia’s Kampot region.